Welcome to Goto 10 for a thought-provoking talk about what democracy is all about in an age of fake news and post-truth. Based on recent research, Farkas urges for the need to make space for popular dispute, difference and agonistic confrontations to uphold democratic traditions and institutions. 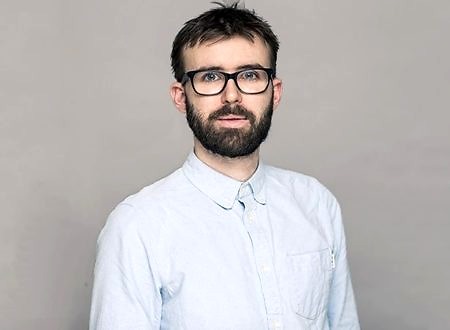 Democracies are currently under siege, as fake news are flooding social media and post-truth sentiments roam throughout society. This dystopian narrative has come to dominate political agendas across the globe. To save democracy – a number of voices argue – radical measures are needed. Indeed, for many, truth must be restored at all cost. In this talk, Johan Farkas critically examines contemporary post-truth discourses by honing in on and challenging their democratic underpinnings.

Through extensive analyses of scholarly and journalistic publications, the talk unpacks how post-truth discourses presuppose a certain normative idea of what democracy is and ought to be. Not only is democracy configured as a static construct in these discourses, it is also equated very narrowly with evidence-based decision-making and truth-telling practices. Engaging with critical political philosophy, Farkas highlights how these democratic imaginaries neglect how democracy has never been about truth, evidence and rationality alone. It is equally about the voice of the democratic people. By neglecting this cornerstone of the democratic tradition, post-truth discourses reproduce and strengthen a risky vision of democracy – one in which consensus and rationality dominate over civic voices and popular dispute. By doing so, contemporary post-truth discourses – and the solutions they contain – might end up deepening existing democratic problems.

What we need now – perhaps more than ever – is not simply more truth, but more politics proper. We need to fortify our democratic institutions by once again making space for popular dispute, difference and agonistic confrontations.

The talk is based Farkas’ new book, Post-Truth, Fake News and Democracy: Mapping the Politics of Falsehood, written with Jannick Schou and published by Routledge: https://www.routledge.com/Post-Truth-Fake-News-and-Democracy-Mapping-the-Politics-of-Falsehood/Farkas-Schou/p/book/9780367322175

About the Speaker - Johan Farkas

Johan Farkas is a PhD student in Media and Communication Studies at Malmö University, Sweden. His research engages with the intersection of digital media platforms, disinformation, politics, journalism and democracy. Farkas has published on these topics in international journals such as New Media & Society, Social Media + Society, and Critical Discourse Studies. His debut book, Post-Truth, Fake News and Democracy: Mapping the Politics of Falsehood (with Jannick Schou) was published by Routledge in September 2019. The book presents a detailed analysis of contemporary discourses of fake news and post-truth, offering both a trenchant critique and call for more inclusive forms of democracy. Farkas is currently Chair of the Young Scholars Network of the European Communication Research and Education Association (YECREA).

This event is part of Your Data Your Democracy (information about Din data och din demokrati is currently only available in Swedish), a series of events focusing on issues related to the internet, society, and democracy. Through these events, the Swedish Internet Foundation works to open up the conversation between different actors to shine light on these issues though various perspectives.