Current digital currencies do not meet the demands of modern smart cities, and event less, future ones. They are unstable, energy consuming, lack in scalability, supervision, regulation and support only a limited set of requirements important to a modern smart city. Join us at Goto 10. 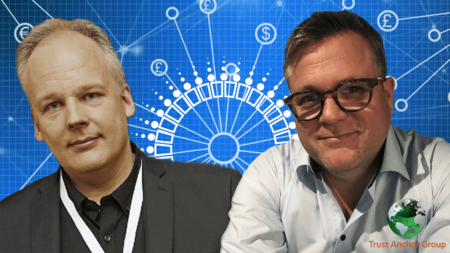 The architecture behind eDaler is based on trust, rather than distrust. It provides a mechanism to stabilize the value of the currency, by basing the value of the digital currency on some real-world non-digital asset (such as physical money). Since the currency is based on trust, energy-consuming proof-of-work is not required, making sure valuable energy is not wasted. Scalability is solved through federation, allowing any party, that can introduce trust to the network, to host a new digital currency based on eDaler. Exchange between domains (Trust Providers) is possible through validation of the trust of each domain using a hierarchy of trust. Trust Providers also become logical entities to supervise the currency at a local level, and make sure financial regulations are met. In this way, eDaler can be implemented in both small scale (ex. Private organizations, Sporting associations, etc.), medium scale (Municipalities, Medium and Large enterprises, etc.) and large scale (banking, insurance, finance organizations, national and transnational).

eDaler also supports a completely new set of features that are important to make sure the electronic currency becomes a viable choice for people in modern societies. This includes support for offline transactions, conditional transactions, micro- and nano-transactions (payment intensities), smart contracts, automation of transactions based on smart contracts, and insured moneys. The architecture ties into the IEEE IoT Harmonization standardization effort, to make sure economies of future Smart Cities can be based on eDaler. The architecture also makes sure to protect the privacy of each participant, by making sure transactions are not publicly accessible. It also provides transparency at a Trust Provider level, to the extent required by regulations, to combat money laundering and financing of terrorism.