Welcome to Goto 10 for a presentation on gender-based violence in social networks and a discussion of the effects for women and women activists in Palestine. 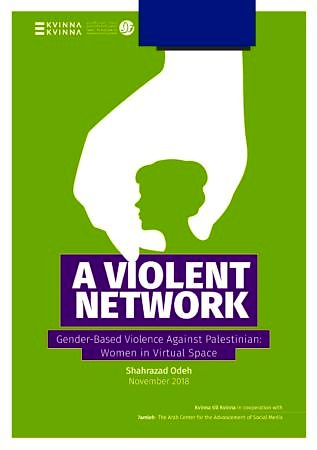 7amleh – The Arab Center for the Development of Social Media and Kvinna till Kvinna recently published a report on gender-based violence in social networks on the Internet in Palestine. The study is the first of its kind that shows us the magnitude of the phenomenon and its extent.

The research shows that one in four women closed their social media accounts and withdrew from the Internet because of violence and harassment, one third of the respondents realized attempts of hacking on their social media accounts and one third received pornographic photos and videos without her consent. Very few take the harassment to the police. What are the implications for women’s access to public spaces and for women’s possibilities to fight for their rights, and in the end, for democracy?

Welcome to a presentation by 7amleh on of the findings in the report and a discussion of the effects for women and women activists of the online hatred and sexual harassment in Palestine!

You can watch this event on our Youtube channel, here