Transport yourself into another continent. In collaboration with CinemAfrica we offer you the chance to experience Africa in VR.

There are three titles to choose from:

Let This Be A Warning

A group of Africans have left the Earth to create a colony on a distant planet. They respond with disquiet to the arrival of an uninvited guest.

Filmmakers note: Let This Be A Warning was a response to the idea of 'black worlds', and how accessible they have always been to outside parties both in fiction and reality. In this piece, we posit a black world in which access is not a given. 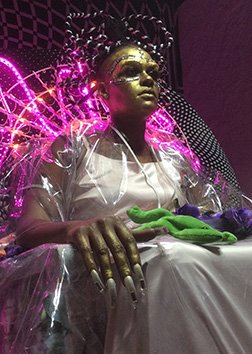 A little girl is chosen to discover the invisible Dakar.

Filmmakers note: The Other Dakar was made with these two ingredients: accident and pro-action with the underlying aim to contribute to the rebrand of an understated city. For herself, Africa and the world. Art and technology are strategic assets to transform the daily Dakar experience. Combined with design and mythology, they become central to revive a sense of community in the urban Dakar.

The Other Dakar is a manifesto in a sense, it is for me a way to reconnect the urban space with its mythology and to use design and creativity as a platform for the invisible Dakar to express her uniqueness. In a time where materialism occupies the mainstream, there is a need to re-invest imaginary spaces and use them as a fertile soil for the necessary adjustments we need to implement as a country facing several cultural and political changes. 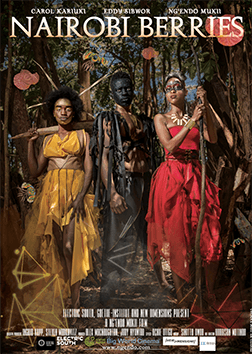 Two women and a man wrangle. Each must hollow out the other's core for fruits promised but only ever borne in dreams. A poetic symphony on Nairobi.

Filmmakers note: The title, Nairobi Berries, is a play on words for us. We often talk of 'Nairoberry' which refers to our high rate of crimes and robbery. I was contemplating on the why of this culture, what we are seeking that creates pervasive hording and petty crime. These are the 'fruits promised.' The dream that one day we will also live lavishly and reap the bounty that this city has to offer, its fruits; Nairobi Berries.

It is a dream sequence, as many people experience daily life. Without control or power to make decisions, moving from one scene to the next participating almost as a voyeur, being part of things but unable to direct them.

How do the taxes actually work in Sweden?